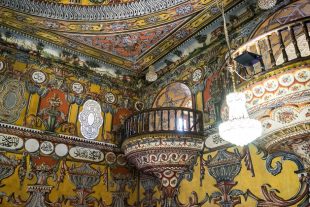 We weren’t entirely impressed with Tetovo during our short visit, finding it too noisy, crowded and hectic. But the city does have a couple things to recommend it. The Šarena Džamija, more commonly known as the Painted Mosque, and the Arabati Baba Tekke are two historic sites worth seeking out. 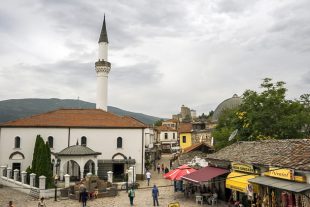 Skopje has only been the capital of an independent country for around twenty years. That’s nothing in comparison with the 520 years it spent as part the Ottoman Empire, a period during which it was known as Üsküb. Five centuries of Muslim rule were enough to leave a lasting impression. With mosques, bath houses, tea gardens, nargile cafes, and the sound of dice rattling across backgammon boards, the neighborhood known as the Old Bazaar, or Čaršija, has retained much of its Turkish identity.