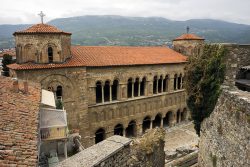 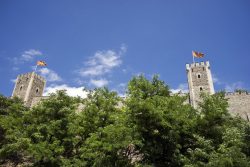 Thought to have been built in the 6th century AD, Skopje's fortress is its most famous symbol. The Kale (pronounced "kah-lay," not like the vegetable) is located atop a hill on the northern side of the Vardar River, providing it a commanding view over the old town.