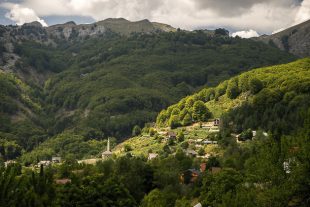 Departing from the park which protects Vevčani’s natural springs, a path of eight kilometers meanders through the hills to Gorna Belica. It’s a strenuous, non-stop ascent, but reaching this remote mountain village is worth the effort. 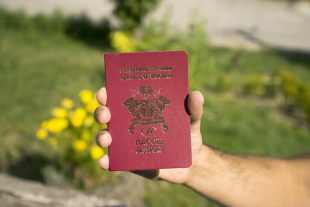 Independence was all the rage during the swift, painful breakup of Yugoslavia. But it’s hard to imagine that the citizens of the village of Vevčani weren’t just having a laugh, when they held a referendum in 2002 to establish their own micro-country. The Vevčani Republic has never been recognized by anyone, but after buying passports in the gift shop, I suppose we’re honorary citizens.